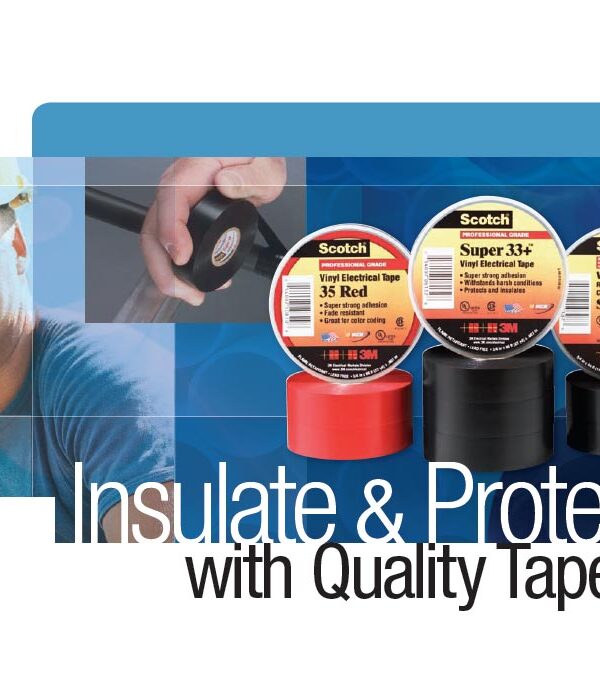 In the early 1940s, vinyl plastic emerged as a highly versatile material for a wide range of applications, from shower curtains to cable insulation. Research chemists and engineers at 3M set out to create a dependable, pressuresensitive tape made of vinyl film that would have the required electrical, physical and chemical properties. Finally, in January 1946, inventors Snell, Oace, and Eastwood of 3M applied for a patent for a vinyl electrical tape. The first commercially available version of the tape was sold for use as a wire-harness wrapping. Interestingly, this original black tape wasn’t black at all. The first 3M tape sold was yellow, and later versions were white. White tape, because of its instability in ultraviolet light, was eventually replaced with black tape, although colored vinyl tapes are still used as identification and marking tapes. Black became the standard industry color for vinyl tape, primarily because of its ultraviolet resistance. 2006 marked the 60th Anniversary of Scotch® Super 33+™ Vinyl Electrical Tape, and 3M has improved the tape sixteen times since its invention.

Although challenging in its make-up and manufacture, vinyl electrical tape is relatively straightforward in its use. Nevertheless, to ensure the safest, most reliable use, always: